Letter From The Chairman

During my +30 years in the Pharmaceutical Industry I became convinced of the value of (global) industry standards and the importance of the correct use of those. These standards help us produce safe medicines at the lowest possible cost. Many people think that standards give less flexibility, but the opposite is true. It is precisely using standards give us more capabilities to respond fast on changes, the knowledge is more general, we are less bound to a suppliers or systems and innovations are made possible.

I even dare to say that even slightly differ from the standards in the long term will block new innovations and systems will become obsolete faster than others. My slogan has always been "We have to standardize on standards and not on systems".

And in consideration the Digitalization of the Health Care sector, and with that the increasing need to rely on the data exchange between systems of different suppliers that’s even more true than ever before. Even with the right intention, I learned on the hard way, with all merges and acquisitions in Pharma it is impossible to standardize on one system or even one supplier.

Of course, there are always situations where this is the best option, for example within 1 factory or sector or in situations where integration is even undesirable. But the flexibility to choose a system for a specific requirement and in each level of the IT architecture it transforms a system into a strategic tool which can give competitive advantage - this should be possible.

In Serialization, there was still a gap in the availability of standards to make it work, but we didn’t need to reinvent the wheel! In the world of Automation, good worldwide standards have been introduced, such as OPC-UA, ISA95 and ISA88, which ensure that systems can be exchange data safely and correctly with each other. There are almost no suppliers in this area that do not use these standards today. For example, master data and recipe data can be exchanged between an ERP (Enterprise) system and MES (local manufacturing) system because both are standardized on ISA95.

The same applies for creating a safe and standardized interface between a PLC (controller for a machine) and the DCS (Distributed Control System) in the control room of the factory. For this we have OPC-UA (which today even proved its value on Enterprise level) and well known because of ease of use to model the data (using existing standards) and build in security by design.

Those and now Serialization systems have to be implemented within the Pharma industry according to GAMP (good automation manufacturing practice), to ensure, errors can be excluded and changes can be implemented in a controlled and validated manner. The GS1 standards such as GS1 DataMatrix and EPC-IS have been used for many years within the Supply Chain and are the basic for OPEN-SCS. We ensure together with GS1 experts those standards are applied correctly and equally between Serialization vendors.

All the above mention standards need to be taken in account for Serialization for pharmaceutical products as the processes and systems needs to exchange data which are used to save human lives and every mistake can be crucial. In addition, and not less important the standardization of systems helps to reduce costs, not only in implementation but also on daily operations. Any change to a system in the supply chain or a misuse of the standards is a potential risk for the integrity of the data quality and even the security of the system.

And it is precisely for Serialization and the tracing of medicines throughout the Supply Chain that far-reaching integration is necessary – in addition to IT systems security to prevent cyber-attacks or any other illegal attempts.

We should never forget that one of the main key-drivers to implement serialization is to fight counterfeit and save people lives! That is why it is an honor for me to lead the OPEN-SCS and to work with companies and experts who contribute with funds, time and knowledge to develop an OPEN standard that is available to everyone. We are not replacing existing standards but closing the loop. That is not an easy task, but we are striving to develop end-to-end solutions and not patching band-aids.

Safe reliable medicines must be affordable for everyone, as the WHO declared as well health as a basic human right – with our efforts we can contribute to make that difference!

I invite everybody all to be part of this exciting journey! 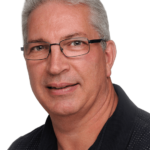